How to Play “Tip of the Tongue” 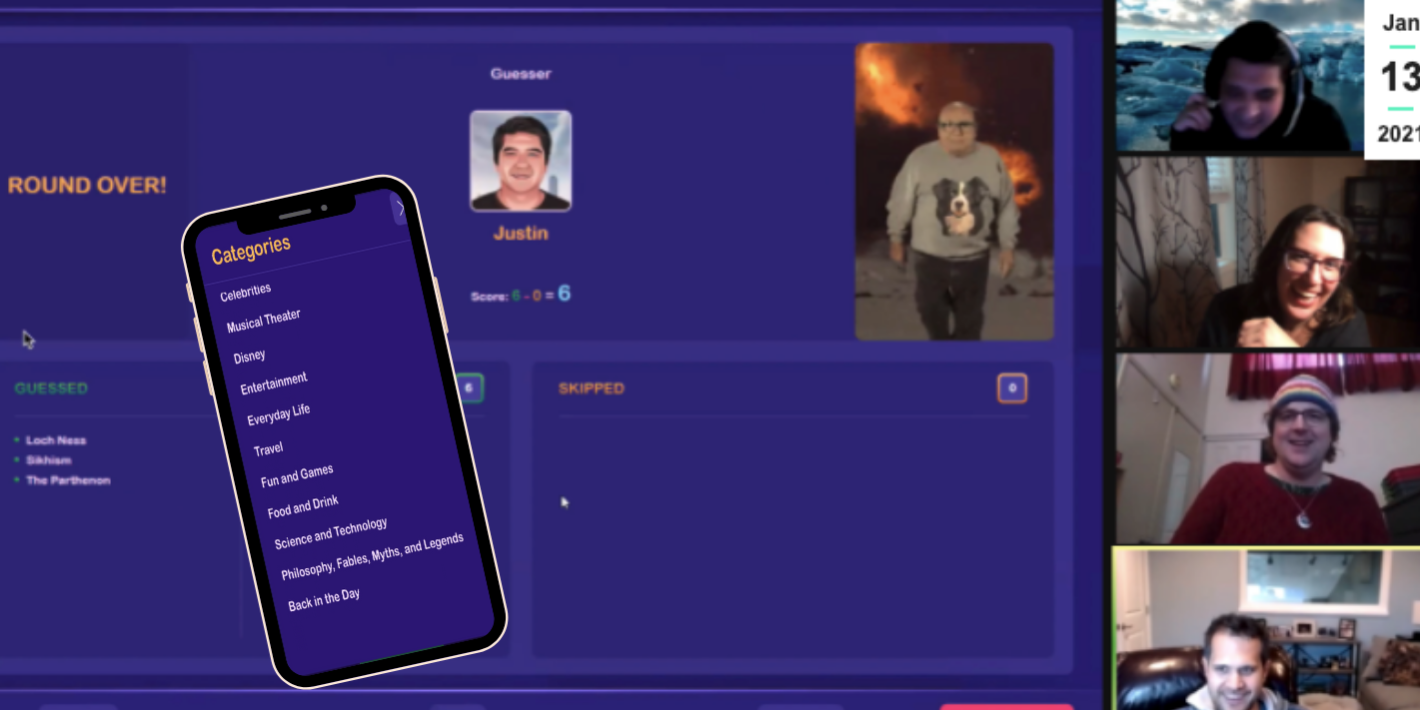 Tip of the Tongue is a word-guessing game for fans of Heads Up, Charades, and Catch Phrase. It’s best played with 2-10 players.

In the game lobby, the host selects the length of time for each round — 60, 90, or 120 seconds. Each player will get one turn, unless the host activates the toggle for Double Rounds in which case everyone will go twice.

Pro Tip: pick your length of play either based on number of players and overall attention span OR if you want to kick it up a notch, do one round at 120 seconds, see how many you get, then play your next rounds at 90 and 60 seconds and see if you thrive under pressure.

After everyone joins the game, the first player selects a category, and the rest of the players see a word on the GameApart app on their phones. Players then give clues and describe the word to help the Guesser get it right. The goal is to get as many correct as possible while skipping as few as you can. Don’t forget, if you don’t know the thing or person, you can still put on your clever cap and describe the words themselves!

That’s all there is to it! While this is designed to be a cooperative game, players will see how many words they guessed correctly after each round, so if you want to keep score and get competitive, that is just fine by us!