How to Play “GIFs About Society” 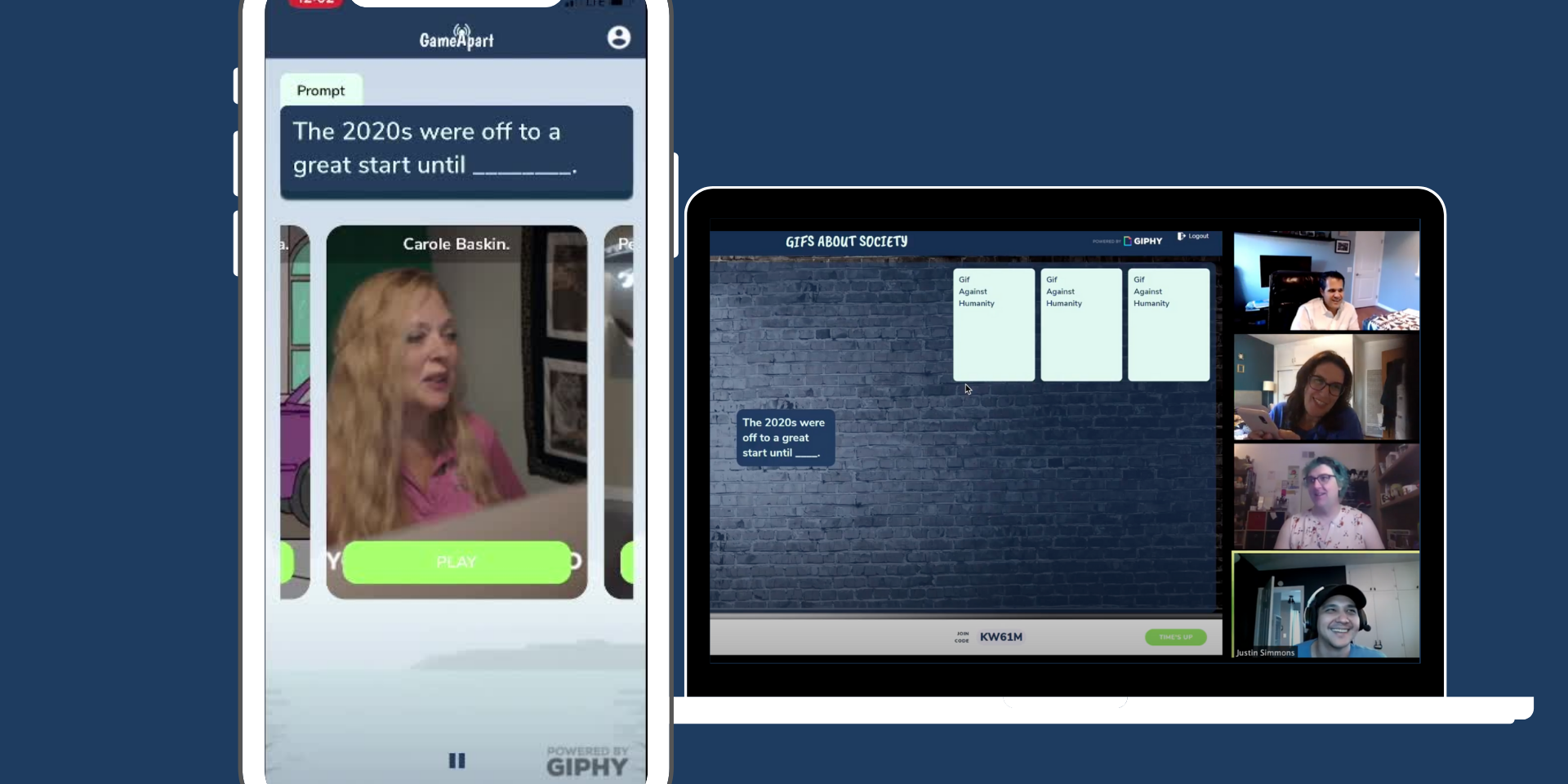 If you love Cards Against Humanity and respond to texts primarily with GIFs, you’ve just found your new favorite game! Best played with 3-10 people.

In GIFs About Society, you’re playing against your friends for points. In the game lobby, the host selects how many points are needed to win (aka how long of a game you want to play!) and a rating for the game. You can select Adults, PG, or G, depending on your group and the level of awkwardness you enjoy.

All players, including the host, use the GameApart app on their phones to scan the QR code or enter the join code, and once everyone has joined, the host will start the game.

To start, each player is dealt ten Play cards, and will be dealt a replacement card every time one is played. Pro Tip: If the entire GIF doesn’t show on the card, tap and hold for a second to see the full image.

The game assigns a judge to each round. The Judge starts the round by flipping and reading a prompt card, which is shown on both their phone and the tabletop. Each player selects a Play card via their phone that they feel pairs the best with the Prompt card. Once everyone has submitted their cards, the Judge hits the button on their phone to flip them over, one at a time, showcasing each card on the tabletop.

Whichever card-—or, let’s be honest, GIF—the Judge finds funniest, scores! The winning player advances everyone to the next round via the button that appears on their phone, and a new player becomes the Judge.

Play continues until someone gets enough points to win. There is a Times Up button if someone gets distracted and you need to move the game along.

That’s all you need to know to play GIFs About Society! May the GIPHY algorithms be ever in your favor.